About Franca, an international electronic DJ, Producer and Artist. 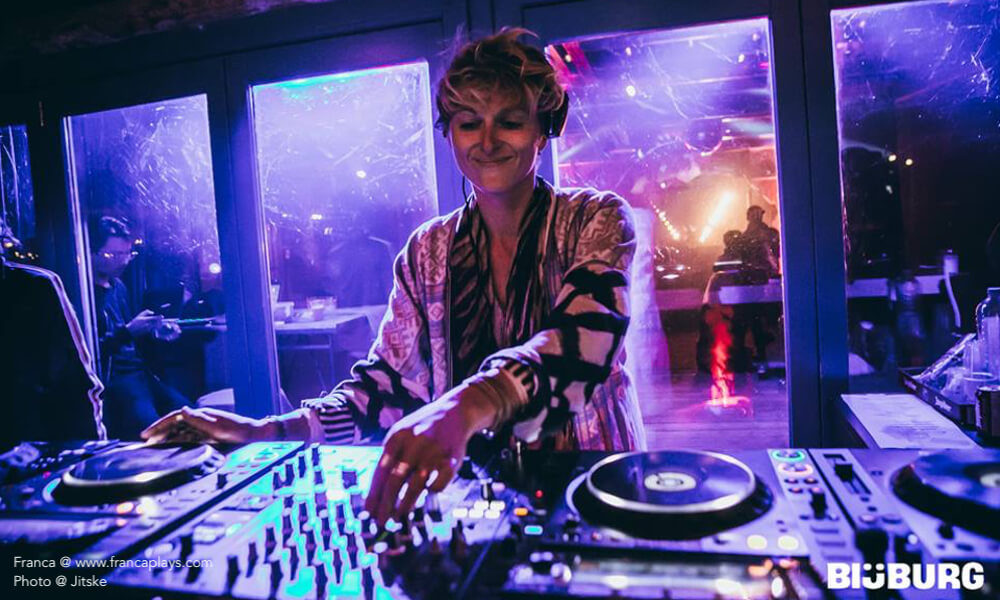 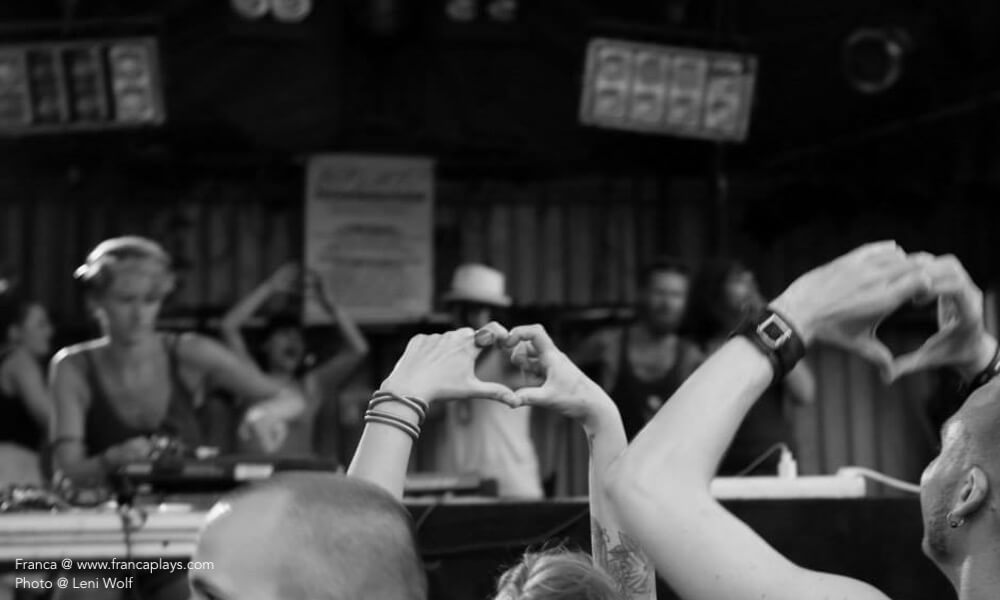 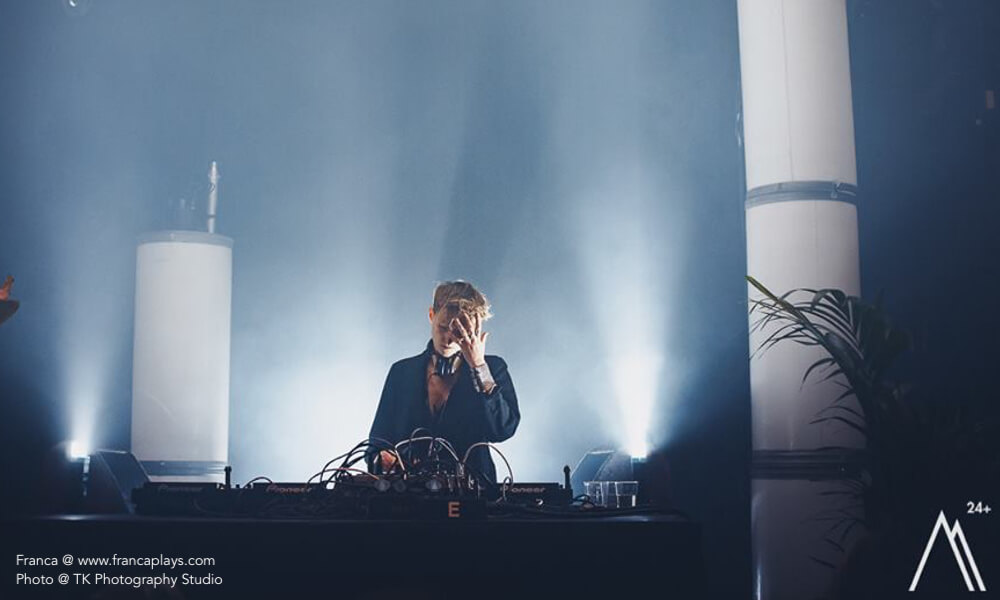 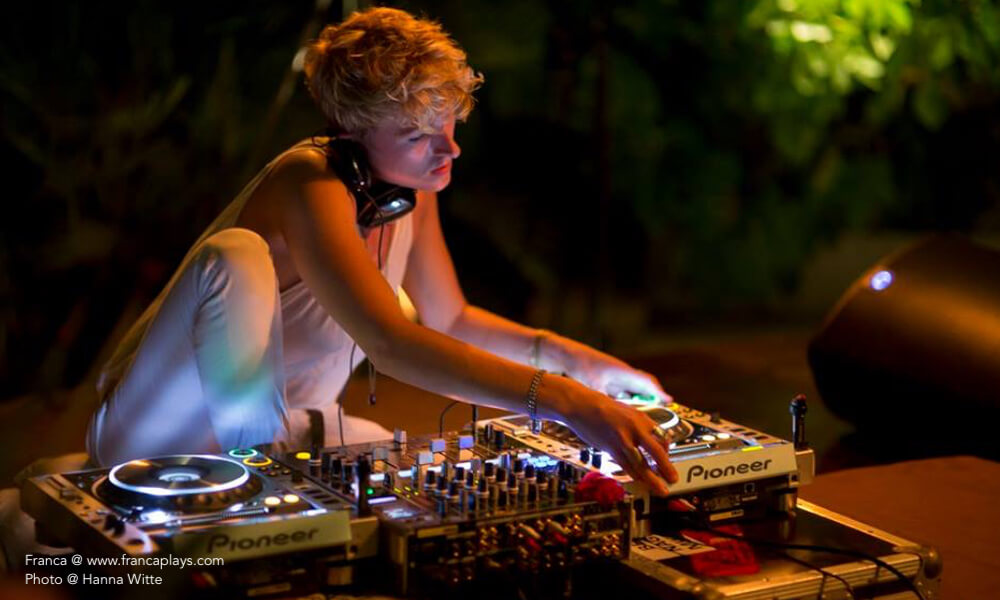 It was Franca’s school bus driver who brought her in touch with electronic music and made her buy her first vinyl’s. That was in 1996, at the age of ten. Many years and records later, Franca is loved around the globe for her energetic, creative and groove-driven dj-sets. She knows how to conquer the dancefloor, moving with her audience, listening carefully and always staying three records ahead of the crowd, planning how to capture her audience. She maintains a constant level of energy, playing on the fringes of house and techno. It’s no wonder why Franca’s fans give her their undivided attention at each and every show, and with one thrust of her arm to the air, you will remember why you love music and why you love to dance all over again. 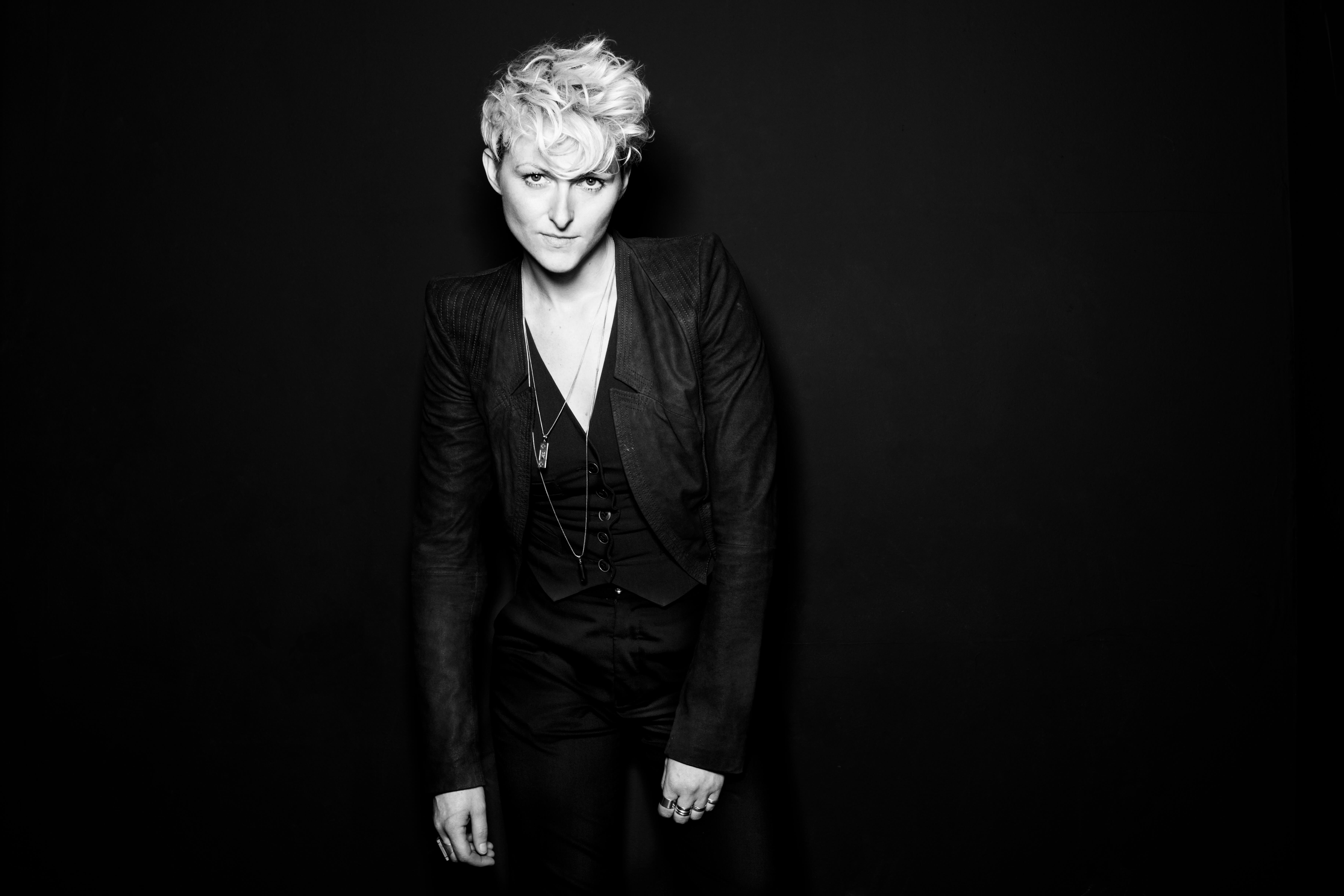 Franca was born in Munich, musically-raised in Cologne and now lives in Amsterdam. She is part of the Feines Tier agency, based in Cologne. She has just recently become a resident Dj at the famous Kater Blau club in Berlin. Also she holds residencies at the Feines Tier and WIR Schwestern parties in Cologne, as well as being part of the Confetteria collective in Amsterdam – The very same collective that was responsible for the legendary Shoeless Festivals and Alter Ego parties.

After having released on Get Physical Music and With Compliments, together with her colleague Stomax in 2015, Franca went solo in 2017 and has her second solo ep coming up as well as various contributions on other labels this year. Check out Discography for more info.

Here you can also find a presskit including pictures & promo text for download.